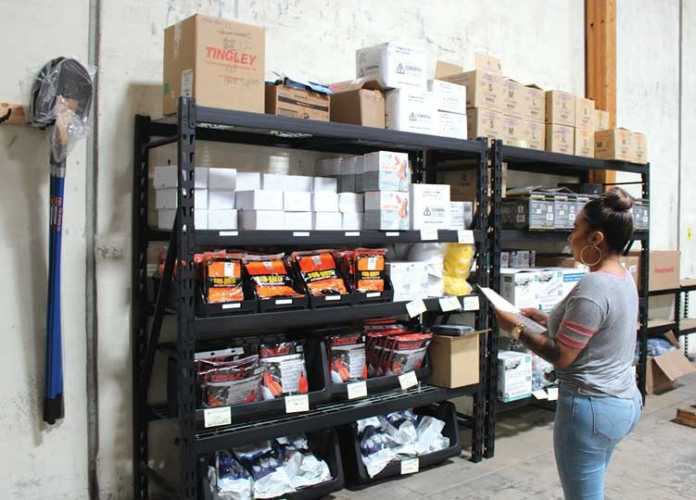 Sambrailo, first established in 1923 by Charles Sambrailo, is no stranger to change and expansion when it comes to its packaging products. From the early days of paper liners for fruit crops, to the famous plastic clamshell case introduced in the 1980s, to the company’s new line of sustainable packaging — the company has continually shifted its focus throughout its history.

But the supply store is different kind of move, into very new territory.

According to Sara Lozano, marketing manager at Sambrailo Packaging, the company had been talking about opening the store for quite a while.

“We wanted to expand what we offer,” Lozano said, “especially in the off-season, when farming slows down a bit.”

The store will be offering general agriculture supplies. Everything from paper towels and trash liners to wind fencing and shovels will be available, Lozano said.

Lozano also mentioned that she thinks the store’s location will in itself be appealing to those in the industry. Located on the corner of Riverside Drive and Walker Street, it is easily accessible from a number of other agricultural businesses.

“I think it’ll be handy for people who don’t want to drive to the outskirts of the city just for one thing,” she said. “It’s a one-stop-shop.”

A week after the official opening, store manager Erika Garcia, along with coworker Rita Ramirez, were still hard at work putting together the store, which is set up in the corner of a Sambrailo packing warehouse.

“There are a lot of steps,” Garcia said. “We just put together these shelves this morning. But it’s coming together.”