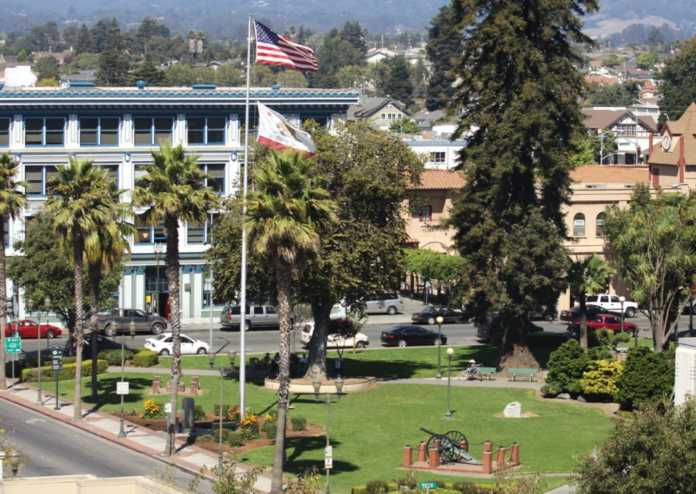 WATSONVILLE — Since the start of summer, the City of Watsonville has hosted a series of free concerts every other Thursday in the City Plaza. “Music in the Plaza” has drawn residents downtown for concerts of jazz, banda, rock and more.

For the final concert of the season on Thursday, the city is partnering with the Santa Cruz Symphony and the Pajaro Valley Unified School District for a special performance. “Music for the Heart” invites the community to a free concert featuring members of the symphony along with students from PVUSD schools and dancers from local folklórico group Esperanza Del Valle.

The idea for “Music for the Heart” came from City Councilman Aurelio Gonzalez, who also initiated the partnership.

“I was inspired by a lot of things,” Gonzalez said. “I wanted to get the community out to enjoy the plaza, and to give them the opportunity to hear this music. And I really wanted to engage the [Santa Cruz] Symphony with South County, to strengthen our relationship.”

A string sextet, including conductor Daniel Stewart and concertmaster Nigel Armstrong, will perform Thursday 6-8 p.m. Dancers from the longstanding Esperanza Del Valle will dance to José Pablo Moncoya’s “Huapango.” In addition, about 50 elementary, middle and high school students from PVUSD will perform pieces.

The event will culminate in a collaborative performance featuring all these groups.

“We are absolutely thrilled that [Aurelio] had this idea,” said Executive Director of the Santa Cruz Symphony Dorothy Wise. “He did an incredible job of garnering support, of getting different groups from the Pajaro Valley involved.”

Wise said the Symphony has been trying to reach out to all areas of the county through education programs and events.

“Our goal is to share classical music with as many people as we can,” she said. “There are perceived barriers… some people think that classical music is only for older, white, rich people. And of course that’s not true. This is a way for us to share our love for this music, show people it is for everyone.”

Gonzalez had a similar sentiment.

“The Latino community… can be stereotyped into certain kinds of music,” he said. “But there are Latino composers. Mexico has a big symphony orchestra. Kids should know that, and they should see it.”

Gonzalez said he was overwhelmed with the amount of support from the community for “Music for the Heart.”

“The city was supportive, and the community as a whole really helped getting it off the ground,” he said. “We had great fundraising, and two big donors who have really made a difference.”

A small public reception will be held prior to the performance at Pajaro Valley Arts, 37 Sudden St. from 3:30-5 p.m., giving guests and participants in the concert a chance to gather, enjoy the current exhibit (“Plein Air”) and enjoy light food and beverages.

Music begins in the plaza at 6 p.m. on the new permanent stage at Watsonville City Plaza, 358 Main St. Organizers ask families to bring their own blankets or lawn chairs. For information visit cityofwatsonville.org or santacruzsymphony.org.

Gonzalez hopes that “Music for the Heart” will turn into an annual event in Watsonville. He is interested in inviting different cultural groups from the city to be featured every year.

“Watsonville is a diverse community,” he said. “We need to embrace that. And what better way than through music?”