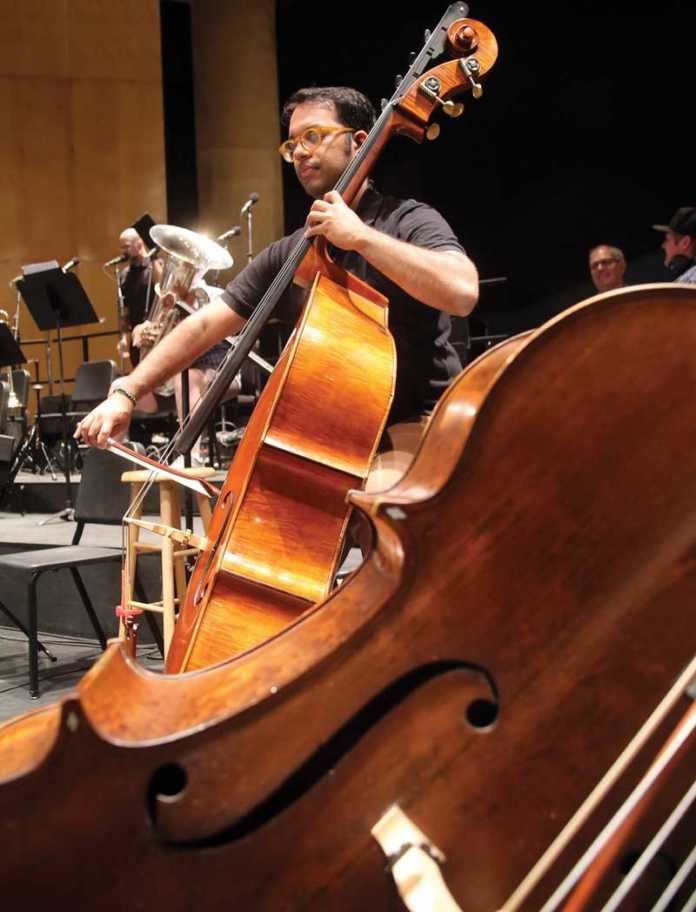 SANTA CRUZ — The Cabrillo Festival of Contemporary Music has hit the stage in its 57th season with its focus on the new—the here and now of contemporary works for orchestra. The theme this year is “Music of Our Time, For Our Time.”

This year, running from July 28 through Aug. 11, audiences are joined by both preeminent and emerging composers, an orchestra of dedicated professional musicians from around the globe, and renowned guest artists who give voice to works which are rarely more than a year or two old.

“The opportunity for composers to work with musicians skilled and enthusiastic about bringing these new works to life, in the beautiful coastal, college-town of Santa Cruz, makes this an artistic paradise,” an organizer said. “With a professional training workshop for early career conductors and composers, open rehearsals almost daily, educational programming for all ages, the Church Street Fair showcasing Santa Cruz County performers and artists, and much more, the Cabrillo Festival has dozens of opportunities for meaningful engagement.”

Andrew Gignac of San Antonio, Texas, warmed up on his trumpet Wednesday morning inside the Civic Auditorium prior to a rehearsal.

“I’ve been performing in this event since 2004,” he said. “I have an amazing host family here and that really helps opens doors for me. There are amazing musicians here, which is so gratifying to be a part of. The thing I like most about this is that they are not afraid of new music. Nowadays you almost have to apologize to perform new music.”

Gignac said he started playing trumpet in sixth grade in 1969 and that he practices “feverishly.” He teaches jazz and classical music at San Antonio College.

Harish Kumar, who is from New Jersey but now lives in Sweden, said he was honored to be a part of the festival.

“Last year was my first year to take part,” he said. “It’s nice to have such a great reason to come to Santa Cruz.”

Ellen Connors hoisted her bassoon out of her rental car outside the Civic off of Walnut Street on Wednesday.

“This is my first year to be in the festival,” she said. “I’m here from St. Louis. “I’ve been playing bassoon for about 24 years. It’s just one of those things I got started in. I’m excited to be here.”

Meanwhile, Estelí Gomez, who is from Watsonville, will perform in the festival Aug. 4 with her Grammy-winning vocal ensemble, Roomful of Teeth. The eight-voice ensemble is known for expanding its vocabulary of singing techniques.

Gomez, 33, grew up singing, and at 3 was making up songs about what was going on inside her head.

Gomez’s father, former PVUSD teacher Bob Gomez, travels around the U.S with his wife Denise to see their daughter perform with her group.

By the time she graduated from Aptos High School in 2004, Gomez had earned her musical chops through participation in several choirs throughout middle and high school.

But she didn’t stop there. After a bachelor’s degree in liberal arts from Yale University cemented her lifelong love of music, she earned a master’s degree from McGill University’s Schulich School of Music in Quebec.

The New Yorker magazine wrote: “Roomful of Teeth is revolutionizing choral music. From death metal to throat singing to alpine yodeling, the experimental group is changing what it means to harmonize.”

For a schedule of events, visit  cabrillomusic.org.