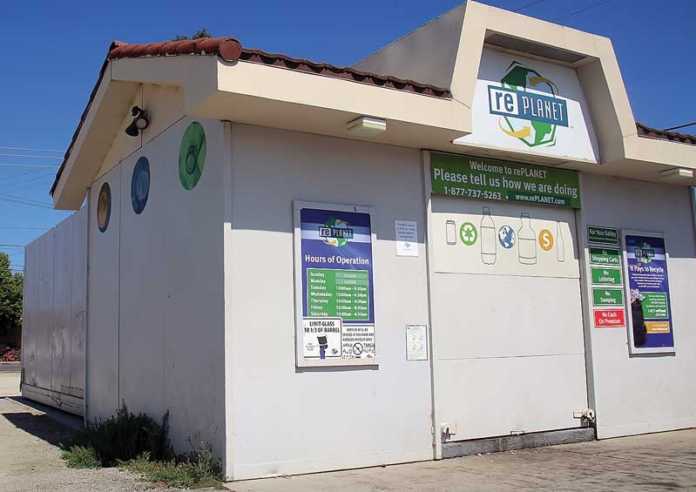 WATSONVILLE — California’s largest operator of recycling redemption centers has closed all 284 of its locations statewide, further throwing into disarray an already upended industry.

Ontario, Calif.-based rePlanet made the announcement on Monday. The move included laying off 750 employees.

RePlanet represented 18 percent of the recycling centers in the state.

The company operated two locations in Watsonville; one at 375 Hushbeck St. and the other at 1455 Freedom Blvd.

Replanet President David Lawrence said the decision came in the wake of reduced state fees and to declining value of recycled aluminum and plastic. It also came due to increases in minimum wage and required health and workers’ compensation insurance.

“We regret that these site closures will negatively impact our employees, grocer partners, customers and the recycling community at large,” Lawrence stated in a press release. “We thank our employees for their hard work and dedication in providing convenient recycling opportunities to our valued customers across the State of California.”

The announcement came three years after the company closed 191 of its plants and laid off 278 employees.

The closures will not affect recycling operations in Santa Cruz County. According to Zero Waste Programs manager Tim Goncharoff, anyone can still toss their recyclable materials into blue bins to be taken away.

But it will affect people for whom collecting and redeeming cans and bottles has become a reliable source of income, Goncharoff said.

A&S Metals in Watsonville currently still accepts recyclable beverage containers. But it’s unclear how many other businesses do, Goncharoff said.

Where there is none, the store – and every CRV retailer within that radius – must either offer their own beverage container redemption or pay a $100 per day opt-out fee, Klug said.

About 4,000 stores across the state have said they would begin redeeming CRV containers in-store, and an increasing number will be likely faced with the same choice after the rePlanet closure, he said.

New Leaf Community Market, which has five locations in mid- and North County, has a redemption program.

CalRecycle administers and provides oversight for California’s non-hazardous waste handling and recycling programs. The agency plans to increase its inspections of redemption programs in stores, which face fines of $1,000 per violation.

The recycling industry across the U.S. was left reeling in 2018 when China, which up until then had taken the lion’s share of the country’s plastic, announced they no would longer accept it.

Plastic is not alone in this decline; aluminum is worth 40 percent less than it was just three years ago, Klug said.

California sold 24 billion beverage containers in 2018, and recycled 76 percent of them, Klug said, a number that misses the state’s target goal.

Similar closures in the past have led to a nearly negligible decline in recycling rates, Klug said.

“The hope is the public will maintain its commitment to recycling, despite the increased difficulty,” he said.

For information on recycling, including redemption locations, visit calrecycle.ca.gov or call 800-RECYCLE.