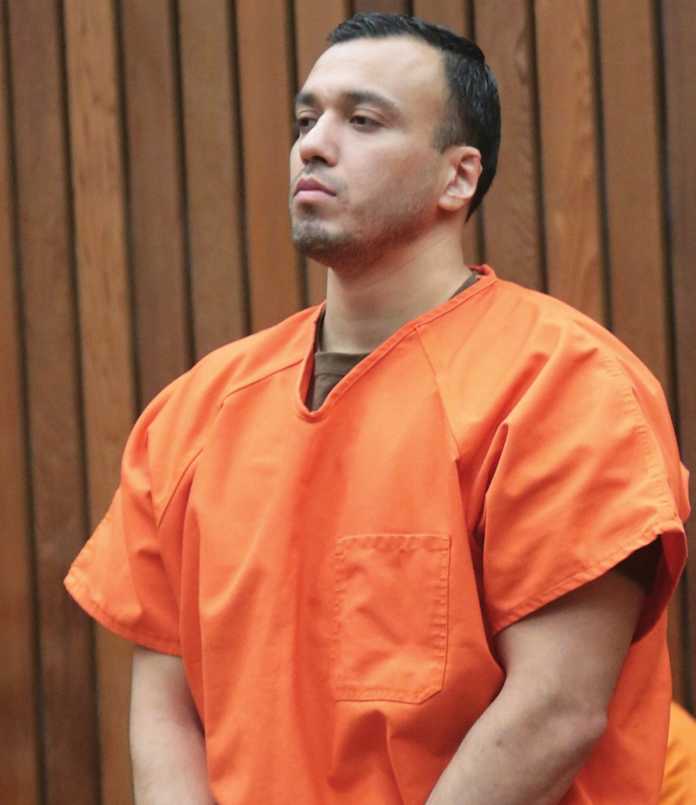 Trial to begin for suspect in Watsonville shooting

SANTA CRUZ — Nearly five years after Michael Escobar allegedly gunned down a man at a Watsonville hotel — and struck and killed a 4-year-old girl sitting inside a nearby restaurant — prosecutors are preparing for his jury trial.

Attorneys will gather in court Monday to set a schedule for a series of evidentiary hearings, which are expected to last about two weeks, said Santa Cruz County Assistant District Attorney Johanna Schonfield.

Jury selection is expected to begin in October, she said.

Escobar, now 36, is accused of shooting Ramon Rendon several times in front of the Valley Inn on the 900 block of Main Street on Oct. 10, 2014. A bullet entered a nearby restaurant and struck Jaelyn Zavala, who later died.

He has been held in Santa Cruz County Jail without bail since his arrest the same day.

Rendon, 33, reportedly was the intended target in the attack, which is believed to be gang-related.

Escobar has been charged with first-degree murder and gang charges.

Police believe that Marcos Robles, 26, was with Escobar during the shooting. He faces the same charges.

Prosecutors say Escobar has hired at least two psychologists in an effort to prove he was incapable of forming the intent to kill.

Escobar and Robles are believed to have committed the crime with Gilberto Ponciano, 28, Roberto Ramirez, 26, and Juan Cruz, 24. All three were sentenced in February 2018 to state prison after being convicted of assault with a deadly weapon and voluntary manslaughter.

They were also convicted of promoting a criminal street gang, jail records show.