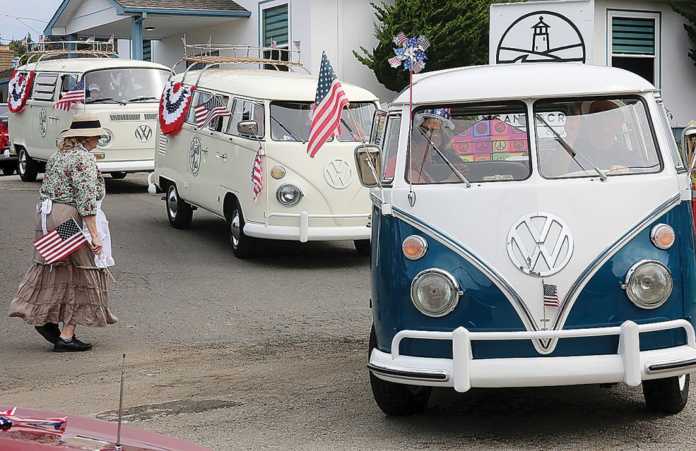 Headed up by VW enthusiasts, Andreas Burgueno, Mike Krakowiak and Randy Widera, the event, which also has a surfing flare to it, is a family-friendly chance to get a feel for VW, a company founded by the German government in 1937 to mass-produce a low-priced “people’s car.”

“This event keeps me connected to growing up in Santa Cruz, where I felt like every day was an adventure,” Widera said. “It keeps me grounded as I raise my kids to throw them on the bus and to go on adventures. And I believe in giving back to our nonprofits and the difference they can make for Santa Cruz youth.”

Proceeds from this year’s event will be donated to the Coastal Watershed Council, a non-profit in Santa Cruz that works to transform the lower San Lorenzo River into a community destination by inspiring people to explore, enhance and protect the natural resource.

Krakowiak said he’s anxious to show up with his 1964 panel camper he named Super Bus.

“We put on this annual show to help raise funds for non-profits geared toward environmental programs,” he said. “It’s a great way to use a classic, iconic car to bring people together, enjoy some music and cars have that have been restored or not restored. And you can share your story: Everybody has a VW story. It’s a fun crowd.”

Entry is free. DJ music will kick off the day followed by the Boardinghouse Band, a trio from Santa Cruz that plays a blend of jazz and blues.

TARMO HANNULA - September 20, 2021
Two years ago Amy Thomas, principal at Watsonville Charter School of the Arts, noticed that her students were getting a bit restless during and...