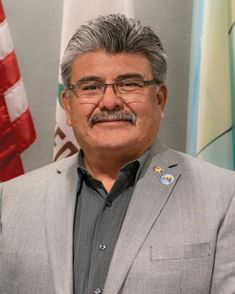 WATSONVILLE—Watsonville City Councilman Aurelio Gonzalez on Tuesday announced his resignation from his District 2 seat because of a family emergency.

In a letter emailed to reporters, Gonzalez said that because of “family circumstances” he would no longer “be able to perform my duties in representing District 2 and the City of Watsonville as it so deserves.”

“It has been a great honor working with the Community, City Staff and my fellow City Council members,” he wrote. “Our city with all its issues and needs is a great place to live, work and thrive. I feel that the time I did give back to my community was not in vain as a city council representative for District 2.”

The move comes a little more than a month after he said he was taking an indefinite leave of absence and hoped to return to the City Council by late September. It also came just hours before the City Council was set to hold its first in-person meeting since the start of the pandemic, and on the day that California will vote on whether to recall Gov. Gavin Newsom.

Because of Measure H, approved by Watsonville voters in 2014, the city must hold a special election within 90 days to fill the vacancy.

Watsonville Mayor Jimmy Dutra said he was shocked by the announcement, but understood why Gonzalez was stepping down.

“[The community supports] Council Member Gonzalez and we feel for what he’s going through,” he said. “In his short time on the board he worked hard for the people in our community and we thank him for his service.

Gonzalez was first elected in 2018 to fill the seat vacated by Oscar Rios. He was reelected in 2020, defeating newcomer Vanessa Quiroz-Carter.

In that time, Gonzalez has been a strong supporter of the arts, transportation, economic growth and affordable housing.

Gonzalez also served as a member of the 16-person Ad-Hoc Committee on Policing and Social Equity, which included two other council members, 12 Watsonville residents and Watsonville Police Department officers. That committee’s recommendations from its more than 30 meetings over the past year are expected to come before the City Council in the near future.

The vacant seat could mean the City Council could find itself deadlocked on upcoming contentious items. That includes determining how to proceed with the policing committee’s recommendations, as well as several housing projects that require a supermajority of five votes.

THIS STORY WILL BE UPDATED