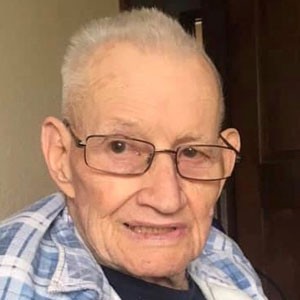 At the age of 8 he left home to live and work on a small family farm to help support family while going to school.  At 14 his father died and he moved on to a very large commercial farm.

As a sophomore in high school he left to join the Navy to serve his country during WWII as a Landing Craft Coxswain, training for the invasion of Japan aboard the USS Hunter Liggett APA-14 in San Diego. After the war ended he finished his enlistment at NAS Moffett Field as a member of a Blimp crew.

He settled on the SF Peninsula, joined the Carpenters Union, became a Mason, (eventually 32*) married his first wife Georgia in 1947 and had a daughter, Cheryl. After 4 years of marriage they divorced and he then remarried in 1952 to Nancy. They moved all over Southern California while Tex worked building Bekins Van Lines Warehouses.

In 1956 they settled in Palo Alto and he was hired by Schulte-Blackwell (Blackwell Homes) as a carpenter building residential subdivisions all over the Santa Clara Valley.  At the same time, he decided to serve our Nation again by joining the Naval Reserve as a Seabee to utilize his Carpentry knowledge, attaining the rate of Builder 1st Class.

In 1961 Ancie and Nancy had a son Jim and in 1971 he realized his dream of buying his very own farm/ranch in North Monterey County, after moving from the Willow Glen area of San Jose.

After retiring in 1986, and since he had retired from the Carpenters Union a few year prior, he dedicated his time to both the American Legion and Veterans of Foreign Wars with weekly dinners and breakfasts. He was especially proud of his ability to sell Buddy Poppies and his work putting up the ‘Avenue of the Flags’ on Freedom Blvd. in observance of National holidays. He also picked up the weekly ‘Brown Bags’ from the Grey Bears and distributed them.

Approximately a year after his wife Nancy passed away in 2006, Ancie was diagnosed with Dementia, which slowly stole all of his vast knowledge of Construction and Military Service.

He leaves behind a daughter Cheryl (Gary) Borja, son Jim (Monja) Griffin, 7 grandkids and 13 great-grandkids with 2 more on the way.