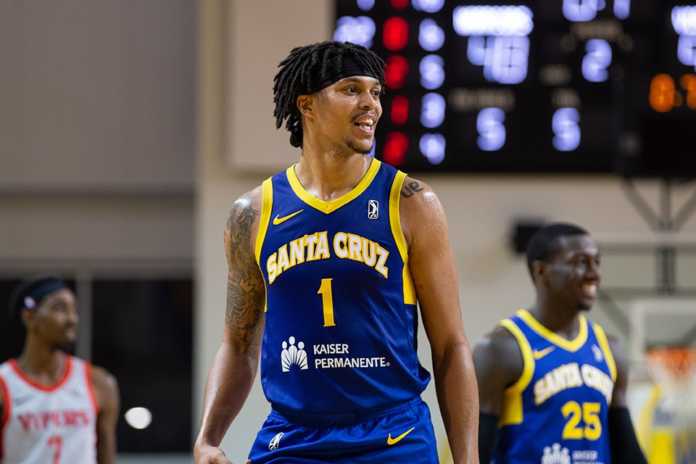 Lee, a 6-foot, 6-inch, 210-pounder out of Louisville, appeared in 62 games over the past two seasons with the Santa Cruz Warriors, including 24 games — all starts — as a two-way player last season.

Last season with the Golden State Warriors, Lee averaged 4.9 points and 2.0 rebounds in 11.7 minutes per game, while hitting 39.7 percent from three-point range.

Bowman, who was not selected as an early entry candidate in the 2019 NBA Draft, played for Golden State’s 2019 Summer League teams in Sacramento and Las Vegas. He averaged 3.3 points and 1.8 assists in seven games.

Lee was originally acquired from the Maine Red Claws in a three-team trade in August 2017.

“I’m thankful for the opportunity to showcase my game in both the NBA level and the NBA G League next season,” said Bowman. “My NBA dream couldn’t have been possible without believing in my ability and I can’t wait to get to Santa Cruz this fall. I’m ready to lock in, get better every day and work with my new coaches.”

Per NBA rules, teams are permitted to sign two players to two-way contracts in addition to the 15-man regular-season roster.

Players signed to a two-way contract may accrue no more than 45 days of service with their respective NBA club (Golden State) during the regular season, spending the remainder of the season with the organization’s G League affiliate, which in this case is Santa Cruz.