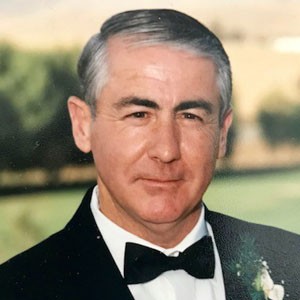 Jim Clark passed away peacefully at home, on September 2, 2019.

Jim was born on June 8, 1939 in Bend, Oregon and was raised in the Aromas, Watsonville area. He attended Aromas School and graduated from Watsonville High School. After High School he worked for Granite Construction while serving in the National Guard. He married the love of his life Mary Ann Borba. Together they had two children, Greg and Laurie.

He went on to enjoy a 40 year career working for the J.M. Smucker Company. He was proud to form many lasting friendships with the people he worked along side and with those he did business with.

Jim was a family first man, but also very much enjoyed his friends, gardening, cocktails, barbequing and playing cards. His pride was his family and he never missed an opportunity to spend time with them.

Jim was preceded in death by his son, Greg (2010) and his wife, Mary Ann (2017).  He leaves behind a loving family, his daughter Laurie (Steven) Dobler, grandsons Jacob and Brian Dobler, sisters Nina Kimoto of Watsonville, Joy (Phil) Bowles of Santa Cruz and Jane (Ray) Cahilig of Washington state. He also leaves behind numerous nieces and nephews and extended family.