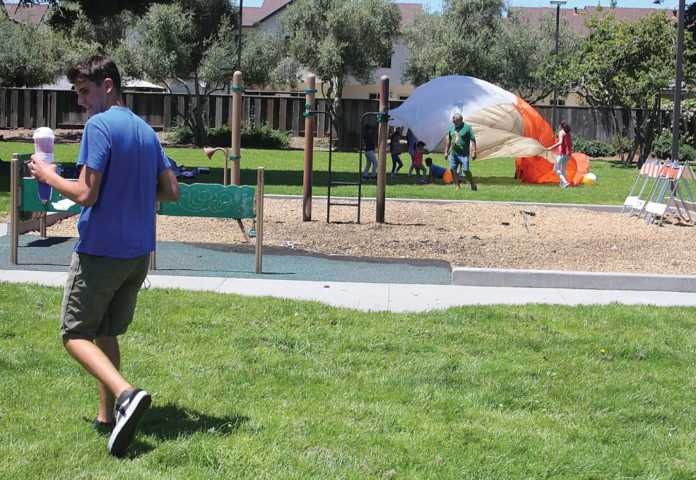 WATSONVILLE — The City of Watsonville is planning to rebuild and improve upon a play structure at Muzzio Park that recently burned down in a suspected arson.

The haven for young kids in the southern portion of Rodriguez Street abutting the Watsonville Police Activities League gym was leveled by an early-morning fire on July 9.

Watsonville Police launched an arson investigation after officers found pieces of wood around the charred structure, leading them to believe the blaze was set intentionally.

Reports of the arson caused a stir in the community on social media and emboldened city staff to give the structure a boost during the planned rebuild.

“There’s been a big call from the community about that park,” Watsonville City Manager Matt Huffaker said. “We’re trying to see if we can’t turn this negative into a positive.”

WPD Sgt. Mish Radich said there are still no leads in the investigation, which has been hampered by the fact that there was no video surveillance in the area.

A post-incident team of volunteers working with WPD also did a sweeping door-to-door inquiry, but no additional information was gathered.

Anyone with information is asked to call Detective Gustavo Zamora at 768-3355.

Watsonville’s Director of Parks and Community Services Nick Calubaquib said insurance would cover the full cost to replace the play structure with the same or similar design, but the department is exploring options and costs of installing “something better” than they had before.

City staff has not asked for any donations yet, but Calubaquib said they will once the department determines how much additional funding is needed to rebuild the park.

Pajaro Valley Prevention and Student Assistance has already pledged $4,000 for the project, and Calubaquib also said there have been individuals willing to give smaller donations.

Along with housing the Watsonville PAL gym, the 1.12-acre pocket park features a basketball court and community center, which is used for weekly youth workshops and special events.

Watsonville City Councilman Felipe Hernandez, who oversees the district in which Muzzio Park falls in, said he was happy to see the outpouring of support for the park, which he called an asset for the surrounding high-density community with a large youth population.

“It’s a much-needed park, it’s a resource for that community,” he said. “No matter what time of day you go, there’s always families there.”