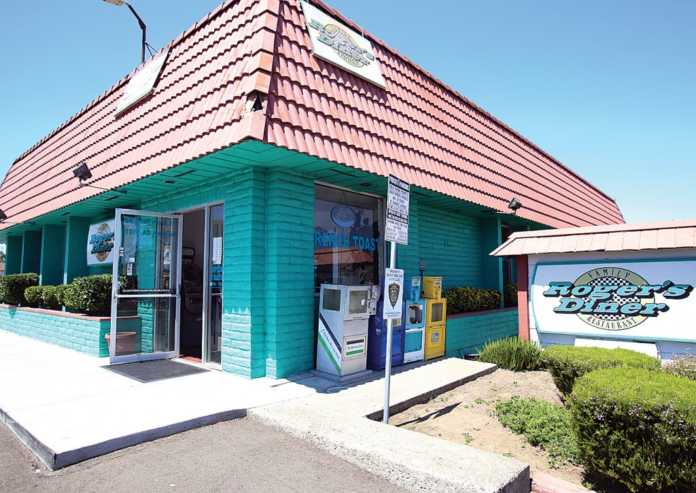 Owner John Ponce said the old-fashioned diner known for its heaping portions and fresh veggies will close its doors for good Sunday at 3 p.m.

The family-friendly eatery first opened its doors in 2011 and slowly but surely found its niche in the vacant building that once housed Tabacchi’s Family Coffey Shoppe and Golden West before that.

Ponce said the rent was too expensive to continue operation, and that he had plans to start a new business instead. He did not want to disclose what kind of business but did say it would not be a restaurant.

“The rents keep going higher and higher no matter what,” Ponce said. “I feel bad, but there’s nothing that I can do about it. It was time to move on.”

Clark Codiga of Oaktree Property Management, which oversees the location and several others around Watsonville, said Ponce recently asked to end his lease early, and that the two reached what he called a “win-win” agreement.

“We think both parties were happy,” Codiga said. “We wish John and his family the best.”

Codiga said his management company was already in negotiations with a new restaurant that would soon fill the location.

“Their regulars will have a new restaurant to frequent,” Codiga said. “We’re excited and I think they will be, too.”

Born in Leon, Guanajuato, Mexico, Ponce immigrated to the U.S. in the early ’90s and worked in agricultural before moving over to the fast-food industry. He worked throughout the Salinas, Pajaro and Silicon valleys before he decided to open Roger’s, which was named after his son.

“I wanted to give it a try,” Ponce said. “I wanted to feel what it was like to run my own place… I learned a lot from the last eight years.”

The diner had dozens of options for breakfast, lunch and dinner such as country fried steak and eggs, burgers, sandwiches, salads, pasta and seafood.

Its wide-ranging menu drove in customers throughout its 7 a.m. to 10 p.m. hours and made it a community favorite.

“I tried to make it a family business,” he said.

Waitress Stephanie Soriano said Ponce let his employees know the diner would close its doors a few weeks ago, and that many of them are still hunting for a new job.

Soriano has worked at the same location for more than 20 years, serving as a waitress for Golden West and Tabacchi’s after that.

She said Sunday would be an emotional day for the staff.

“It should be a cheery occasion,” she said, “but I think it’s going to be a bit sad.”

Ponce said he would miss his regular diners the most.

“I feel sad, but they told me really good things about the experience they had with me,” he said. “What can I say? Just, thank you.”