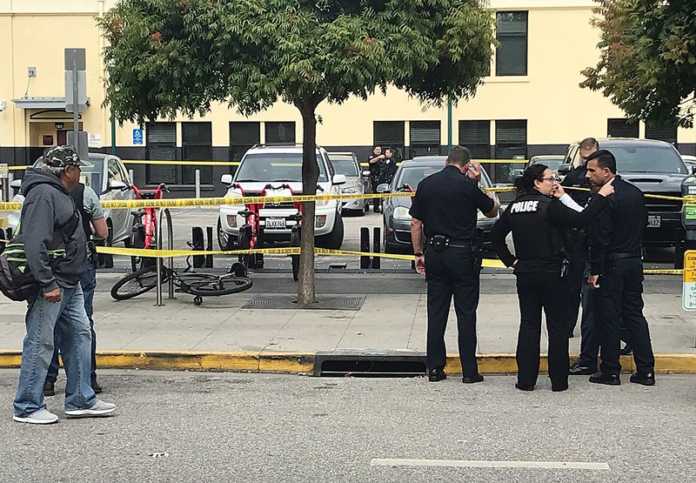 SANTA CRUZ — Shots were fired but no one was injured in some form of dispute Wednesday afternoon in downtown Santa Cruz.

Santa Cruz Police spokeswoman Joyce Blaschke said that around 4 p.m. police got calls about several shots being fired in a parking lot adjacent to the Santa Cruz METRO Center on the 900 block of Pacific Avenue, the main business street of the downtown district.

Blaschke said a handgun was recovered near the scene. Both the suspect shooter and the victim fled the scene. An unoccupied parked vehicle was struck multiple times, and multiple shell casings were found nearby.

No suspects have been located.

Anyone who may have witnessed the shooting or with information about he incident is asked to contact investigators at 420-5820.