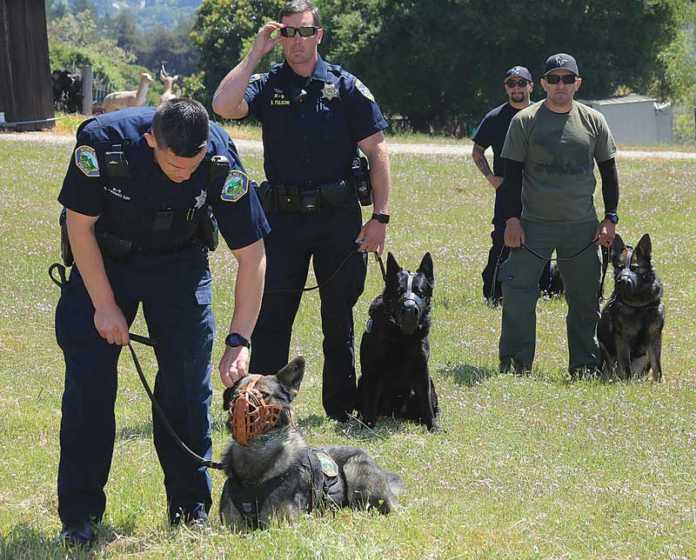 Training day for the dogs

WATSONVILLE — In an expansive meadow on the outskirts of Watsonville Monday, a group of police officers from several agencies gathered with their K-9 partners to take a brief ride on a helicopter.

But this was no joyride.

The officers, from Watsonville, Salinas, Morgan Hill and Gilroy, were there practicing a so-called hot-load, or quickly getting their dogs into a noisy helicopter.

The California Highway Patrol gives the training as a way to get handlers used to controlling their dogs as they board, and inures the dogs to the noise and heavy winds caused by spinning rotors, said CHP officer and flight paramedic Jon Ontiveros.

Most police dogs and search-and-rescue dogs have had the training, Ontiveros said.

“We make sure the dogs are familiar with the aircraft,” he said. “So it’s not the first time they are in a helicopter.”