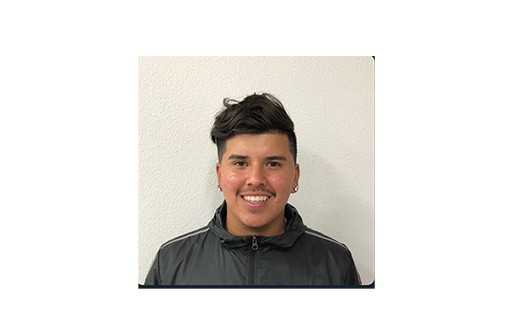 Pajaro Valley High announced Wednesday that Cesar Padilla is stepping in as the new coach of the girls’ soccer program.

“It’s kind of nerve wracking but I’m excited about it at the same time,” Padilla said.

Padilla, 22, will replace Kassie Marquez. The Grizzlies finished sixth in the Pacific Coast Athletic League Cypress Division with an overall record of 0-15-2 and 0-11-2 in league play.

Padilla said there’s gonna be some pressure to turn around a struggling program as he heads into his first season.

“The pressure’s gonna be on but I’ve dealt with it in the past so I feel like it could be done,” Padilla said.

Padilla took over the PV United 05 Girls team three years ago and turned the program around after it was close to being shut down.

“I’ve brought in girls that have never played and worked with them,” he said. “They improved a lot and I can tell that they have been doing good. So I feel like I can do the same to PV.”

Padilla also took over the Pajaro Middle School boys and girls programs in 2016-17.

Padilla graduated from Watsonville High in 2015, where he played on the varsity team during his junior and senior seasons.

“(Padilla) was passionate, you can tell that he’s passionate about the game of soccer,” said PV athletic director Joe Manfre. “Whenever he talked about it his eyes lit up.”

“(Padilla) has ties in this city and he’s played soccer here,” Manfre said. “He’s really excited to get out here and working with the girls and build this program where it needs to be.”

Santa Cruz pushed the game to 10 innings but was edged by Rocklin White, 3-2, on Sunday at Shoreline Athletic Field in Mountain View.

Santa Cruz began the tourney with an 11-3 win against San Francisco Youth Baseball League, followed by a 12-2 win against Rocklin White.

Santa Cruz then came up short in a 2-1 loss against Campbell on Saturday, which forced them into Sunday’s double elimination game.

The Watsonville League team forfeited all its games. Watsonville was scheduled to open last week against Campbell but that game was cancelled along with its losers’ bracket game, which was scheduled on Friday.

Santa Cruz Red eliminated in West Zone tourney >> The Santa Cruz Red Colt 16-U team finally got a chance to play Ceres Blaze after a shortage of players prevented them from playing in the NorCal Super Region championship.

But the end result wasn’t exactly what Santa Cruz was expecting after it was defeated, 6-3, in Saturday’s West Zone double elimination game at P.A.L. Stadium in San Jose.

Santa Cruz began the tournament with a 10-0 loss against Covina, which sent them directly to the losers’ bracket.

Santa Cruz bounced back with an 8-2 win over Arizona, setting up Saturday’s win-or-go-home match against Ceres Blaze.

Covina defeated Simi Youth in the championship game to earn a trip to the Colt World Series in Marion, Ill., which starts today.

The 36-year-old right-handed relief pitcher rejected an assignment to the minors and has now hit the free agency market, as reported on the Major League Rumors website.

Torres was designated for assignment Sunday, a day after the Twins traded for Sergio Romo.

Torres, a veteran who was pitching in Rochester before being called up, did not see any game action with Minnesota during his short time.

The move opens up the 25-man roster spots for Romo as well as another 40-man spot for the team, which is currently at 37.

Torres has been part of three organizations this season. He started the year with San Diego before signing with Detroit and, last week, Minnesota.

Torres appeared in four games for the Tigers, posting a 7.50 ERA and 1.67 WHIP over six innings.

Carlos Torres clearers waivers, didn’t accept his outright assignment to Triple-A Rochester and was given his outright release. #MNTwins

Hiltz ran a personal-best time of 4 minutes, 3.55 seconds, which was just 37-hundredths off the winning time posted by Nike/Bowerman runner and Iowa native Shelby Houlihan (4:03.18).

“It’s crazy because that’s what I’ve been visualizing all day. I knew who was in my heat and I was like, okay, I’m going to go 1-2 with Shelby (Houlihan),” said Hitlz in a video interview following the qualifying race. “When you really visualize and meditate on it, and then you see it, it’s like when it’s happening you’re almost like I’ve been here before.”

Hiltz, an Adidas runner now based out of San Diego, earned a spot on the USA team at the IAAF World Championships in Doha, Qatar, on Oct. 2-5.

Oklahoma State’s Sinclaire Johnson, who placed fourth (4:03.72) and also set a personal-best time, will be the first alternate for the world championship team.